Nominations for the 2018 Top vBlog voting categories are now open!

As I watch the VMworld session recordings which are all publicly available I’ve been doing a write-up and summary of those sessions. My write-up is only a small summary of those sessions which are usually packed full of great information so I encourage you to go watch the full session recording. Today’s topic is UNMAP, a feature I have been very involved with since it’s initial release and a feature that has greatly evolved and changed across vSphere releases. John & Jason from VMware’s tech marketing do a great job talking about the history of UNMAP, showing examples of UNMAP in action and making recommendations for getting the most out of UNMAP. Below is my summary of the session and some highlights from it: 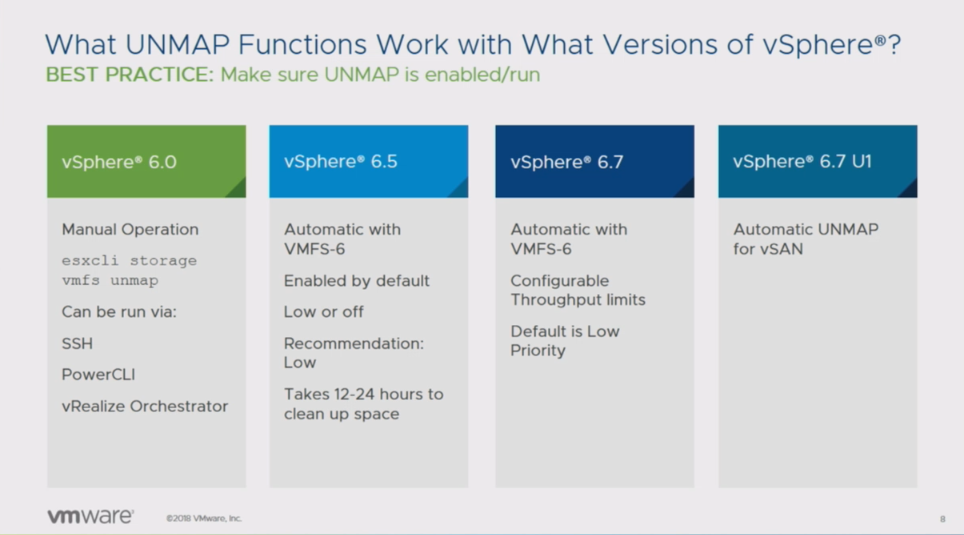 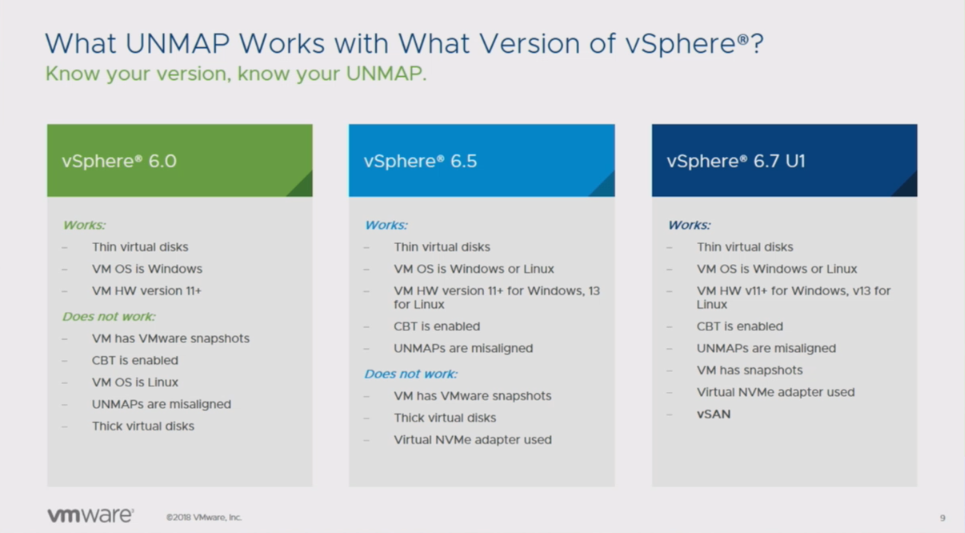