I was recently honored to be included in a list of 30 must read SMB IT blogs and wanted to say thank you to BizTech for including me in that list. I looked through the blogs in that list and there is a lot of diversity in it with everything from credit card blogs to business blogs to general IT blogs and more. The only other blog on that list beside mine that I recognized was Tom Hollingsworth, the Networking Nerd blog. So thank you again, it’s always nice to be recognized and I will do my best to keep this blog interesting and informative. 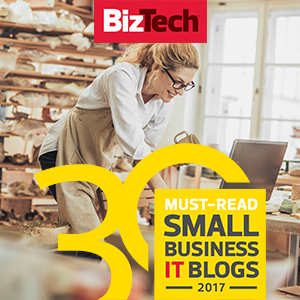 File vs. Block, why choose one over the other with vSphere. They both have their pros and cons which has influenced decision making when it comes to picking your storage with vSphere but VVols has changed the game of how storage protocols interact with vSphere which may also impact your decision making.

Let’s first look at File (NFS), here’s some of the characteristics and pro’s/con’s:

Now let’s first look at Block (iSCSI/FC), here’s some of the characteristics and pro’s/con’s:

So VVols levels the playing field between file and block and puts them on equal footing with vSphere as VVols (VASA) essentially dictates a common framework and set of rules that all protocols must use for writing data to a storage array. The result of this is Block storage gains a huge advantage and puts it right on par with some of the advantages that File has always had with vSphere with simplified management and VM-level visibility. The below tables summarize the impact that VVols has on file and block storage arrays with VVols and how the storage protocol used becomes mostly irrelevant with VVols.

Table 1 – Comparison of File and Block protocols without VVols

Table 2 – Comparison of File and Block protocols with VVols

As you can see VVols is a big deal for block storage arrays and essentially the storage protocol with VVols is now more about the method of how data is communicated to the storage array. The other things like how the file system is managed and VM-level visibility are not different anymore between protocols as vSphere natively writes VVols to an array without a file system and both file and block have the same VM-level visibility.

So now when it comes to choosing a storage protocol with vSphere it becomes more about the physical and networking layers between the host and the storage array. Things like bandwidth and network infrastructure will mostly drive the decision, fiber channel has obvious advantages but can be more costly and complex to implement but iSCSI and NFS are essentially almost the same now as they both use software clients built into vSphere and the exact same networking infrastructure.

With no more LUNs to deal with when using iSCSI for VVols it becomes a more attractive choice to use with vSphere bringing some of the same benefits as NFS around simplified management and VM-level visibility all delivered within VMware’s standardized vendor neutral Storage Policy Based Management (SPBM) framework. So what storage protocol will you use? Whatever you choose VVols has made the decision making a lot easier.