I was conversing with one of our VVol engineers today after he mentioned that we have seen customers experiencing problems with using VVols due to time sync issues in their vSphere environment. These problems could of easily been avoided with some simple RTFMing.

VMware’s New Virtual Volumes (VVols) architecture has a lot of moving parts and one big requirement for those parts to all work together is to have time synced between them. The below diagram depicts the vSphere components that are part of the VASA 2.0 specification which defines vendor VVol implementations. 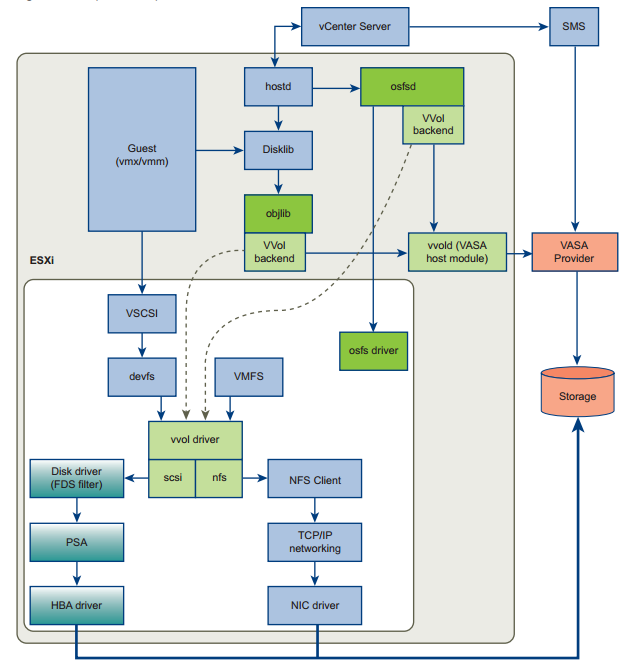 The vSphere 6 storage documentation states the following before implementing VVols:

That means you must synchronize time across the same NTP source with every ESXi host that will use VVols, your vCenter Server, your storage array and your VASA Provider if its external and not built into the array. You might think that this is no big deal if you don’t do this but that’s not the case, here’s some scenarios where it will cause problems:

There may very well be more issues with using VVols that occur due to time not being in sync between all components. There are also time stamps that are used with VVols that could potentially cause problems if the time is off. These issues may all not be obviously related to time so to save yourself from potential problems and troubleshooting just make sure you have all your clocks in sync.