My thoughts and observations on VMworld 2016

Dell EMC deal closed today, what does the future look like for VMware

VMworld is back in Vegas in 2017 and possibly longer

I mentioned in my write-up of VMworld 2016 that I heard from an inside source at VMware that VMworld will be back in Vegas for the next 2 years. VMware has already officially confirmed next year via their VMworld 2017 preview page were you can sign up to get news and info on VMworld 2017. I heard this switch of location wasn’t entirely because of the Moscone construction and their were some other variables in play such as venue costs. This is confirmed by Moscone Center stating that their construction timeline is designed to work around existing convention dates.

It’s also further confirmed by both Oracle OpenWorld and SalesForce DreamForce conventions being held at Moscone as usual this month and next. These conferences are double and triple the size of attendees (60,000 & 46,000 respectively) compared to VMworld and if they are able to remain at Moscone throughout the construction VMworld should easily be able to as well.

In case you were wondering the expansion project at Moscone will take place intermittently through the fall of 2018, allowing for conventions and exhibitions. Because Moscone can’t really expand outward they are expanding upward and streamlining the existing space as well to have more contiguous available space in the lower level. The Moscone South lobby is being replaced with a 4 story addition which will add  an additional 305,000 square feet of space. In addition Moscone North & South will be connected by a sky bridge so you don’t have to keep running across the road to get back and forth. Below are some renderings as to what this will look like, overall it looks pretty nice and it is being financed mainly by the SF hotels via a special assessment. Once it’s complete it should serve as a very nice venue for VMworld whenever VMware decides to go back there. 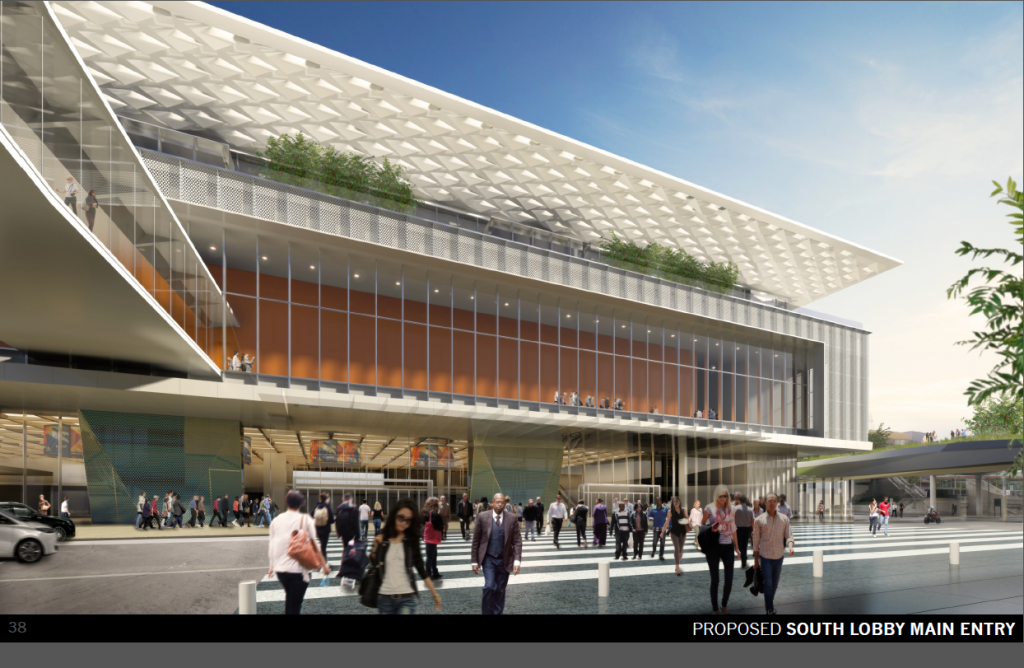