As you may have noticed if you are a partner or VAR, VMware decided last year to dis-continue it’s annual Partner Exchange (PEX) conference that it has held annually in Feburary. PEX was a partner and VAR only event, no customers allowed and was mostly aimed at providing partners and VARs with the training and information they needed to better sell VMware solutions. It followed the same basic outline as VMworld just on a much smaller scale (i.e. 5,000 attendees).

PEX was a bit of a tricky event for VMware as it was split into 2 audiences, partners that sold products and solutions into the VMware ecosystem and VARs that sell both VMware and partner products. The tricky part comes from VMware directly competing with many (most?) of it’s partners in just about every area from storage to networking to management to cloud to data protection. This caused VMware to actually ban some companies from the event in prior years. Because of the competitive angle the conference prevented VMware from being able to have the full attention of resellers who could also learn about competitor products at the event.

Because PEX mostly duplicated the formula of VMworld and was still a fairly technical show, VMware decided last year to roll it into VMworld and not have PEX this year. The rolling in part was pretty hasty and not very well executed, the technical part was simple as VMworld is already very technically focused. The partner part not so well, partners didn’t get the opportunity to do boot camps which were a big part of PEX and the partner offerings were very limited and not presented well enough in advance to be able to plan for them.

The one nice thing about PEX was that it gave VMware another window in the year to do new product launches in front of a big audience outside of the yearly VMworld window. VMware has broken this out lately into special internet broadcast events like the one coming up next week. Hopefully they will do a better job with the execution next year as they have more time to plan for it.

What replaced PEX this year is what VMware’s calls a Partner Leadership Summit which is an invitation only event that is focused on c-level business audiences within the company’s partner ecosystem. The event is being held March 6th-9th In Scottsdale, AZ, I didn’t get an invite so I must not be very important ;-( I’m not sure if many partners even received invites, I asked around at HP with our alliance teams and nobody has heard of the conference. I think it is more aimed at VAR’s then VMware technology partners, that way VMware can pitch VSAN and other products without any distractions from competitors. VMware mentioned the conference once last year in this blog post. 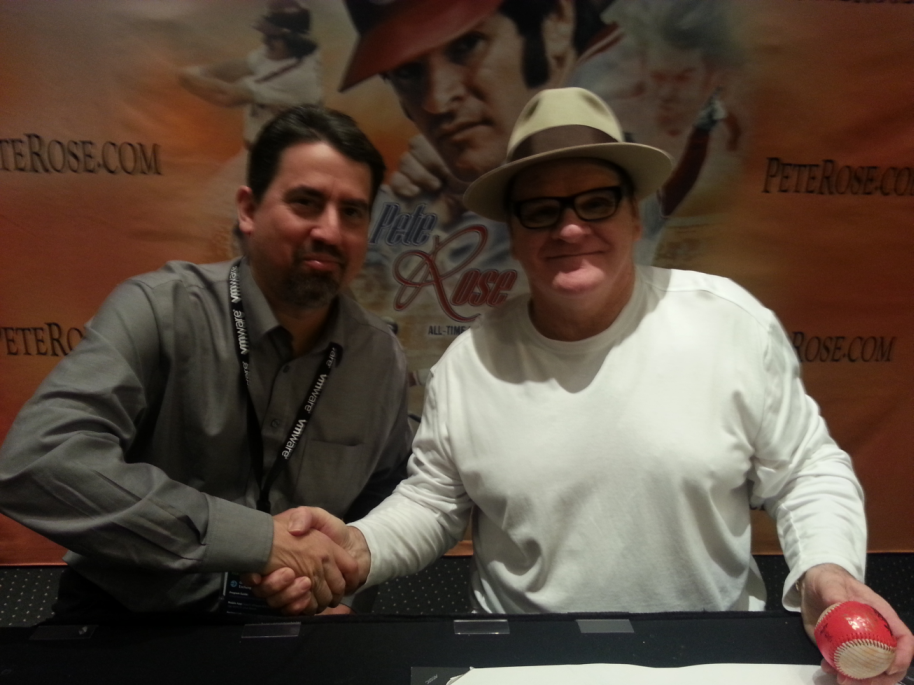 I for one won’t shed too many tears at the loss of PEX as in the later years it started to conflict with an even bigger annual event, the Super Bowl. Last year totally sucked for me as I was set to fly from Phoenix to San Francisco Sunday morning to get in early enough to watch the big game. The Super Bowl was held in Phoenix last year and that Sunday was literally the one day in years that the whole city got hit with heavy fog (Phoenix almost never gets fog). As a result planes couldn’t land for hours, pilots timed out, my flight got canceled and I literally spent 12 hours at the airport having to watch the Super Bowl at a small crappy airport bar. I finally flew out on one of the last flights of the night that had one seat left.

That wasn’t my worst PEX travel experience though, a few years before that when PEX was in Vegas I was set to fly out from Denver to Vegas on Sunday when a huge snowstorm hit the Denver area that weekend. Of course most of the flights got canceled and the earliest re-bookings were late Monday or Tuesday which meant missing the boot camp and half the show. Well that didn’t deter me, I took a taxi to the airport, rented a Jeep Cherokee and hit the road Sunday evening to get to Vegas by morning.

The Jeep was great in the snow and once you got outside of the Denver area into the mountains it wasn’t that bad. Late that night while driving through Utah, conditions were clear, roads were good but it was very cold out I rounded a corner on I-70 and there was a herd of moose blocking the entire highway. The chances of stopping or avoiding them were zero, even with my lightning reflexes we hit at least one of them which smashed up the front fender pretty good. They all scattered and the one that was hit limped off, at that hour in the middle of nowhere there was no traffic, and of course no cell service. Thankfully the car was still drive-able, the airbag had not deployed and the cooling system seemed to be intact, the Jeep was like a tank. 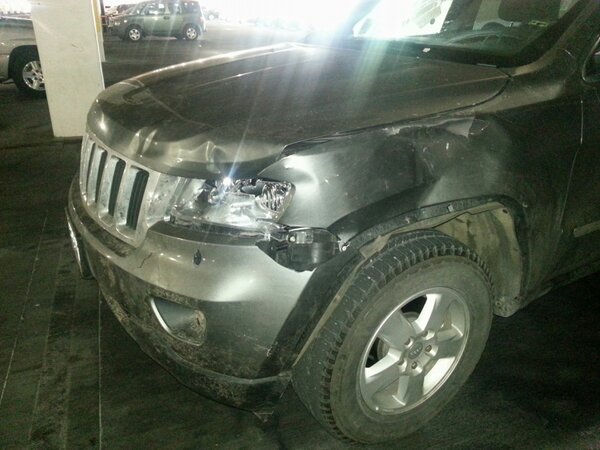 We drove for a while longer finally got cell service, called the rental car company, since the car was still driving OK they said to bring it to them in Vegas and they would swap it out. As they needed a police report I called the Utah Highway Patrol, they wouldn’t come out for it they just took a report and gave me a case #. We continued on to Vegas, I was constantly nervous the car might overheat in the freezing cold and we’d get stranded but it made it just fine. Took the car to them, they didn’t say much and just exchanged cars with me. Despite that ordeal I ended up getting there just in the knick of time about an hour before the boot camp started on Monday at 8:00am.

So I for one won’t miss PEX all that much, having to plan for our presence at PEX each year was a lot of duplicated effort. So goodbye PEX and hello VMworld.