VMware wants you to be a vSphere Beta Tester

I recently was involved in an issue where error messages where being generated in the vmkernel.log and found out the cause was related to the maximum LUNs being increased in vSphere 6 from 255 to 1024. The error messages themselves were related to the fact that our Protocol Endpoint (PE) for VVols is advertised as LUN 256 and with a recent change in 6.0U2 related to PDL assessment a LUN that returns unexpected output upon query causes the error messages similar to below from a VMTN thread:

Note the L256 in the above path that is related to LUN 256 (Protocol Endpoint) which is not a traditional LUN in the sense as it has no storage allocated to it and serves as an administrative LUN (LU_CONG) to access VVol sub-LUNs. Here’s some detail on the PDL change in vSphere 6.0 U2 and subsequent errors that it may cause:

Workaround: To resolve this issue, see Knowledge Base article 2133286.

The solution to eliminate these errors seems to be to change Disk.MaxLUN parameter on your ESXi Hosts to 255 for or below as this KB article outlines. Note the KB article confirms the change in max LUNs to 1024 in vSphere 6.0. But also note that this change just impacts the LUN numbering as the max supported SCSI devices remains at 256, so essentially you can have LUNs numbered higher than 255 now but you are still limited to 256 total LUNs per host as documented in the vSphere 6.0 maximum configs doc. 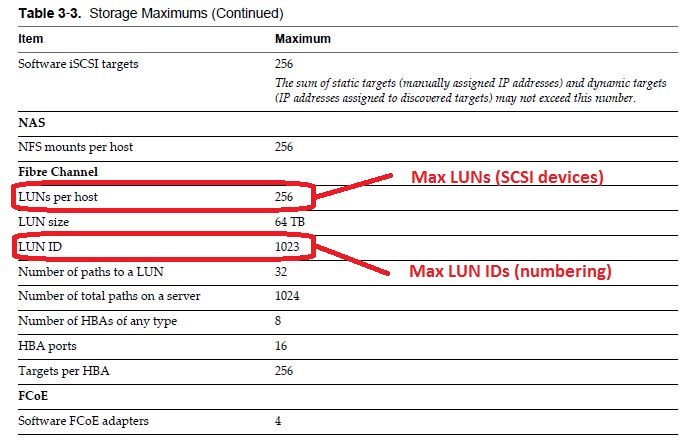