Want to go to VMworld? Of course you do, SimpliVity can get you there!

VMware has historically been pretty controlling and secretive about their beta programs for vSphere and only allowing partners and select customers to participate in it. They’ve recently started to open up though with the VSAN beta that was publicly available 6 months before the product released. Now they have opened up even more with a public beta for the next release of vSphere that includes my favorite new storage feature, Virtual Volumes. Remember VVols? You might have forgotten about it by now with all the attention on VSAN. They have been talking about VVols for years since they first announced it but the feature has never found its way into a version of vSphere.  Remember this from VMworld 2012: 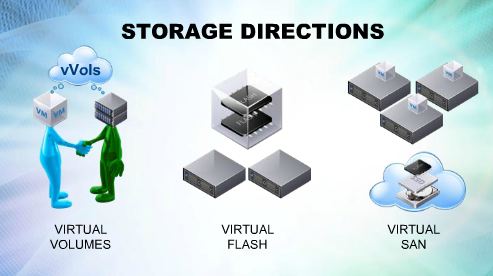 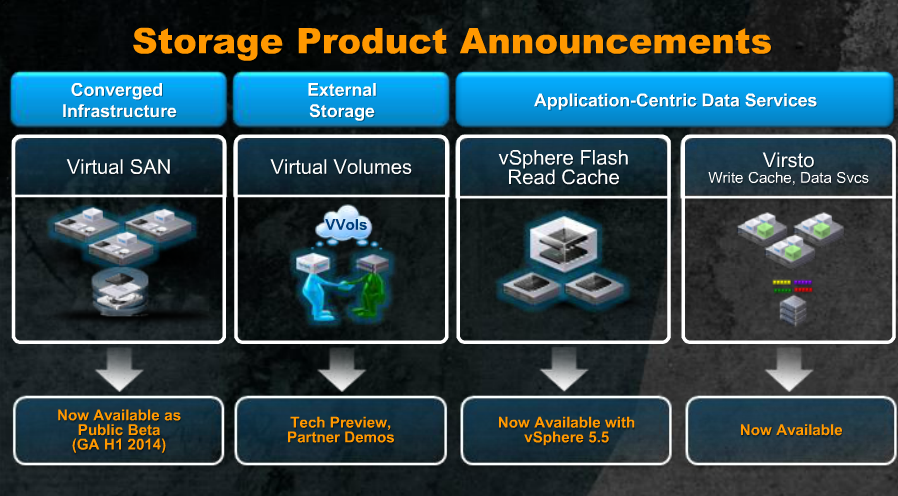 Now VVols is finally coming in this next vSphere release, but before you get excited you need to make sure you have storage that supports the feature and the new VASA provider that it relies on. Chances are you won’t find many (or any) storage arrays that support it today but talk to your storage vendor and they may have their own beta program that you could be part of which will get you the chance to play with it. VMware has a beta page dedicated to VVols and they have HP, Dell and NetApp listed as partners that have beta builds for storage that supports VVols. Read more about the VVols public beta here.

Note that they have not publicly given this next release a version number, the announcement refers to it as vSphere Beta, but I’m sure you can guess to what that might be considering that we are at vSphere 5.5 right now. Of course there are some rules to participating in the beta, pretty much the same rule as the first rule of Fight Club. So head on over to the beta site, sign-up and agree to the NDA and you’ll be enjoying the vSphere beta before you know it. I’m happy to see VVols finally getting some love from VMware and I’m pretty sure you’ll be hearing a lot about it an VMworld this year.

Sign up and join the vSphere Beta Program today at: https://communities.vmware.com/community/vmtn/vsphere-beta

Once you joined the private Beta Community, you are a trusted advisor, and VMware expects all the participants to treat this Beta Program as strictly confidential. This information shared within the private Beta community is covered under the VMware Master Software Beta Test Agreement that your organization has previously accepted, or that you will accept upon entry into the program.