Hell must of frozen over…

VMware & Microsoft positioning in Gartners Magic Quadrant over the years

Gartner just released their annual “Magic Quadrant for x86 Server Virtualization Infrastructure” report for 2013 and Microsoft continues to draw closer to VMware’s top position. If you look at the differences over the years VMware pretty much hasn’t moved and remains near the highest position that you can be in the quadrant as they lead in both their ability to execute and completeness of vision. That should really come to no surprise as VMware still is and always has been the market leader and have set the bar high in the x86 virtualization field. But Microsoft is slowly but surely closing the gap, I’d be surprised if they ever pass VMware in either of the directions given VMware’s lightning focus on virtualization, but I think they are close enough for most companies to take Microsoft seriously. Also to note the niche players are still mostly niche players and will most likely remain there for the foreseeable future as VMware & Microsoft dominate the x86 virtualization playing field. Citrix isn’t really doing much on the server virtualization side anymore and a large percentage of their client virtualization installations are on non-Citrix server hypervisor platforms like vSphere. 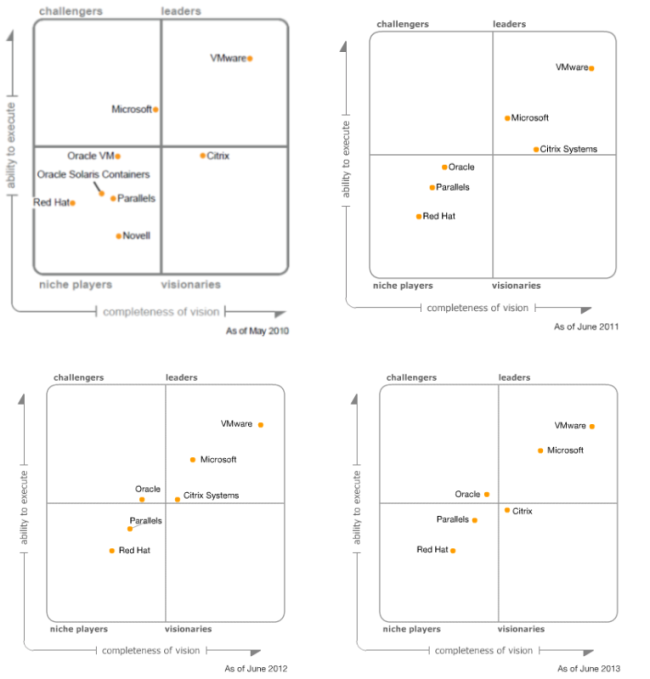