Some good VSAN related KB articles that you should read

And the results of the top vBlog 2014 voting are… 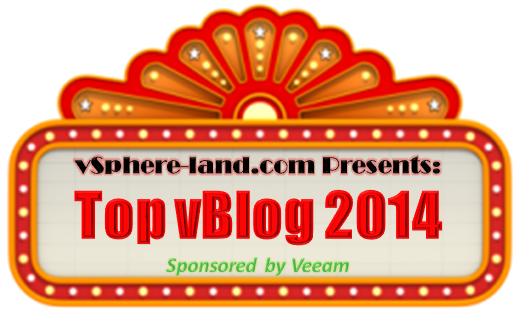 …not ready to be revealed yet, you’ll have to wait a few days to find out. I’ve tabulated all the votes and applied points to the votes and have computed the results. We’ll announce the winners on a special live Google Hangout this Thursday with David Davis, Rick Vanover and John Troyer. Stay tuned here for information on how you can watch it, we’ll also be announcing the blogger and voter prize winners (courtesy of Veeam). While you’re waiting here’s a few tidbits of information on this years voting:

That’s it for now, tune in next week to see the full results and find out if Duncan can retain the crown for #1 blogger (hint: Kendrick Coleman made a good run for it but fell way short)…