vSphere release cycle bounces back to the old VI3 days

Back in 2013 I did a post comparing number of days between major vSphere releases that highlighted VMware’s fast pace of delivering new vSphere versions. That fast pace has now slowed down considerably with vSphere 6.0 as VMware wasn’t able to keep up with the zippy one year cycle they had fallen into. Now with the release of vSphere 6.0 we’re back to around the same numbers of days that it was at years ago with VI3. One of the reasons for the delay was most likely due to the engineering of the new Virtual Volumes (VVOLs) storage architecture which took considerable time and effort to complete. Whether that will continue or not as yet to be seen, the next release of vSphere may not be as big as this one was. VMware now has many of their new architectural changes in place so they may speed up again based on the development efforts required for the next vSphere release. 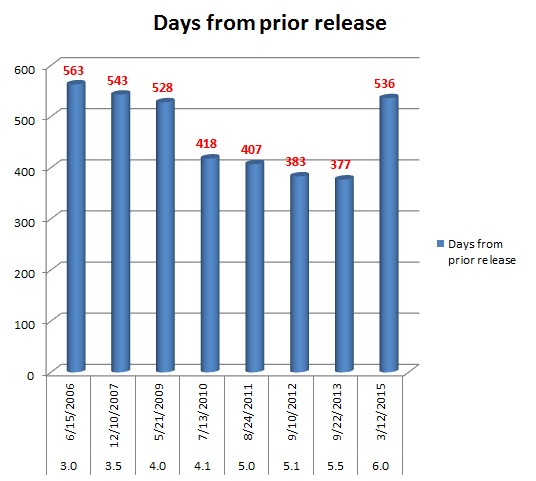