Going to HPE Discover? Come see my session on VMware & VVols and stop by our VMware demo

VMworld 2019 sessions by the numbers

I wrote an update on VVols adoption a few months ago and predicted 2019 would be the year that VVols adoption would accelerate due to a number of reasons. One key thing I called out that is critical to any new technology going mainstream is the need for customer case studies as most customers (non-early adopters) always look to their peers to see what they are doing before migrating to new technologies. To this date I have not seen ANY case studies that features VVols either from VMware or it’s storage partners despite VVols being around for over 4 years.

Well I’m happy to announce the very first that I know of case study on VVols featuring a major electric company in Turkey, this one just kind of fell in my lap out of the blue and I was involved in the customer interview and review process. It would be great to see more of these from other partners and from VMware as the more of these that are out there will help instill confidence in customers looking to try VVols that it is a mature and proven architecture.

I did talk to many customers about VVols at HPE Discover, I had a demo station and 2 sessions that covered VVols. Every customer I talked to once they understood the benefits they were definitely going to try it out. I had one partner tell me about a customer of his that bought 2 arrays for VVols only to learn that sync replication isn’t currently support with VVols (roadmap). The customer was dismayed at that but they loved VVols so much that rather then switch back to VMFS they implemented an alternate resiliency solution instead.

Promoting VVols is something I am always trying to do both internally, here on this blog and trying to get VMware to help as well. You never really hear VVols mentioned at events at the executive level such as in keynotes. I was thrilled to see that in our CEO Antonio Neri’s keynote at HPE Discover with our VP of Hybrid IT Phil Davis they were talking about relationship with VMware and specifically called VVols as a key integration for us (recording link here at 1:08m time). I had an analyst come up to me later when he heard that wanting to know all about our VVols integration.

Hopefully we start to see more of these case studies and more executives talking about VVols as I believe VVols adoption is building momentum right now and anything we can do to help speed it up will help it get to be mainstream faster. 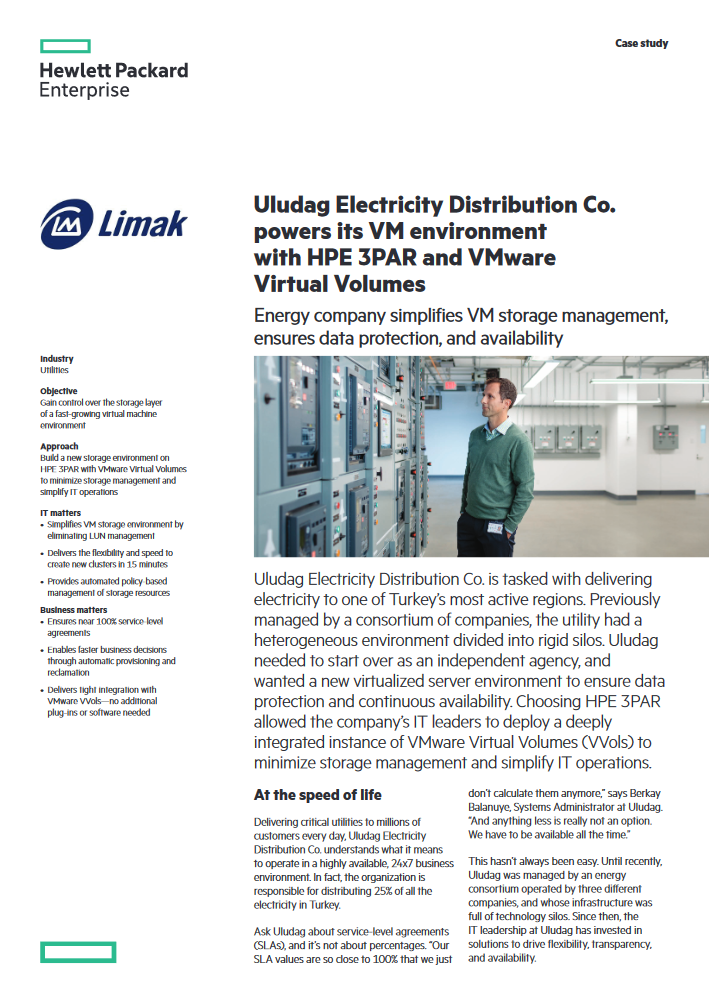