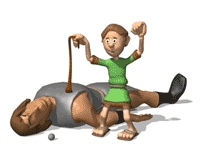 If you remember back a few years ago backup giant Symantec filed a lawsuit against up and coming start-up Veeam basically claiming that they invented virtualization backup and Veeam was violating several of Symantec’s patent’s, they also files a similar lawsuit against Acronis. Symantec’s claim was that Veeam was “free riding” on the backup technologies that Symantec invented:

[important]Symantec recently filed a patent infringement lawsuit against Acronis and yesterday filed suit against Veeam Software. Symantec invests deeply in its research and development in order to provide its customers with innovative technologies. Acronis and Veeam unlawfully leverage Symantec patented technologies in their respective backup and replication products. This free riding on Symantec is wrong and Symantec has filed these lawsuits to protect its intellectual property.[/important]

You can read the full court filing against Veeam at this link. I’m not sure how the Acronis case ended up, they counter-sued Symantec and it sounds like Acronis will win that case. As far as Veeam goes it looks like they too will be victorious as they went after the patents in question as being unpatentable and several of the patents listed in the case were recently invalidated. The patents in question have to do with techniques for backing up VMs in virtual environments, lets take a look at them:

This patent basically describes how every backup vendor performs a backup of a VM in a virtualized environment by taking a snapshot of a VM  and then copying the read-only image of that VM’s virtual disk to any target destination. VM snapshots are certainly not a Symantec innovation and this patent describes the common sense method of backing up VMs. If this is indeed patent-able there are a lot more backup vendors in peril from this. This patent was one of the ones that had parts of it recently invalidated.

This one has to do with restoring a server and is not really specific to virtualization. It describes the process of doing a bare metal restore of a server by booting a server over a network (i.e. PXE) and completely restoring it. I suppose you could loosely tie it in to virtualization as when you are performing an image level restore of a VM you are doing a similar operation, this one is pretty weak though. Again parts of this patent were recently invalidated.

This one is pretty vague as it describes replication of storage via either hardware or software and at various levels within an enterprise (e.g., database transaction, file system, or block-level access) via either synchronous or asynchronous methods. Again this patent describes a conceptual method of replicating data and if it was upheld almost every storage vendor and hundreds of other companies would be guilty of violating it. Again parts of this patent were recently invalidated.

[important]US 7254682 B1 – Selective file and folder snapshot image creation
Filing date Jul 28, 2004 – Publication date Aug 7, 2007
Tools and techniques are provided for using a snapshot, not a full volume copy, to preserve deleted items when creating an image file with other items from a computer storage volume. One method classifies items as desired or not, enables snapshotting, then deletes undesired items, then creates a blockwise volume image in which the deleted items are not imaged, and finally disables snapshotting. Systems and configured storage media for imaging selected files and folders are also provided.[/important]

This final one has is a bit more specific and has to do with image-level snapshots and methods for using a snapshot and creating an image file that holds selected items found on a computer-readable storage volume, without permanently removing data from the volume. This includes methods for using a snapshot, rather than a full volume copy, to preserve deleted items when creating an image file with other items from a computer storage volume. Veeam challenged this one as well but it looks like this one was not invalidated and I’m not sure what the state of this one is.

Patent laws can be notoriously troublesome and it’s good to see common sense prevail as it seems like companies are trying to patent just about anything these days, even simple things that everyone takes for granted. Symantec ending up dismissing with prejudice the ’558, ’299, and ’682 patents from the case in 2013 and the ‘086 patent was the only one that remained in the case. They did file an additional case concerning different patents (US 7024527 B1,US 8117168 B1, US 7831861 B1, US 7480822 B1) after their initial filing that Veeam also challenged and is still pending although I’m confident they will prevail there as well.

I know often times these types of cases are about money and protecting intellectual property but these patents were too generalized to hold up to a serious challenge. Personally I think Symantec felt threatened by Veeam’s success and tried to put the squeeze on them to hurt their business. If this was truly about money they would be suing a lot more companies than just Veeam. It’s good to see the little guys win, although Veeam is certainly not the little company today that they were years ago. Symantec picked a fight with Veeam and the bully in this case got his butt kicked. While this has all been playing out in the courtrooms it hasn’t impacted Veeam’s growth and success one bit, in a sense it serves to validate their success from the attention that Symantec gave them: If you can’t beat em, sue em.

You can read Veeam’s news release on the ongoing cases with Symantec here.