Well another VMworld under the belt, for me it’s #5, I’ve been going every year since 2009 and it never gets old. VMware has record attendance every year except for 2009 with this year topping out around 21,000 attendees. I wonder where and when that number will finally peak, with Hyper-V gaining popularity I imagine it will only be a year or two away. Here’s the attendance numbers throughout the years: 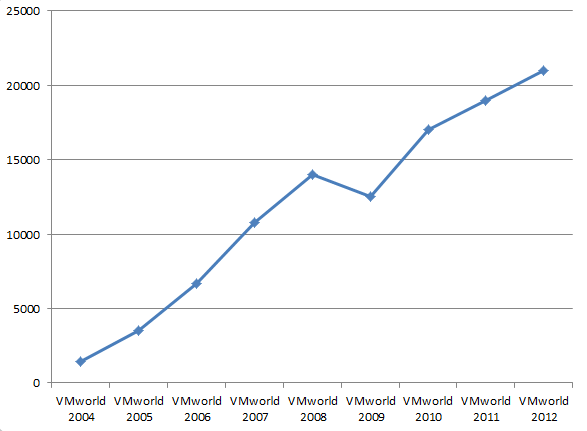 Here’s a summary of what I saw and heard this year:

Well that’s it, I probably forgot a few things which I may add to this post later. All in all a good show and can’t wait for next year. Also wanted to call out the good folks over at SolarWinds who sponsored me for this event, be sure and check out their great VMware management solutions.