Summary of What’s New in vSphere 6.7 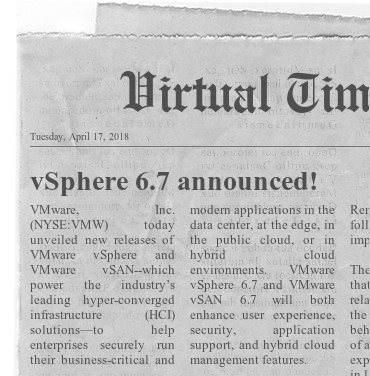 Today VMware announced vSphere 6.7 coming almost a year and a half after the release of vSphere 6.5. Doesn’t look like the download is quite available yet but it should be shortly. Below is the What’s New document from the Release Candidate that summarizes most of the big things new in this release. I’ll be doing an in-depth series following this post with my own take on what’s new with vSphere 6.7. Also be sure and check out my huge vSphere 6.7 Link-O-Rama collection.