Has VMworld jumped the shark?

“Jumping the shark” is a term coined by Jon Hein (from Howard Stern show fame) that describes a moment when something that was once great has reached a point where it will now decline in quality and popularity. The origin of the phrase comes from a particular Happy Days episode where the Fonz jumped a shark on waterskis which was thus was labeled the lowest point of the show. 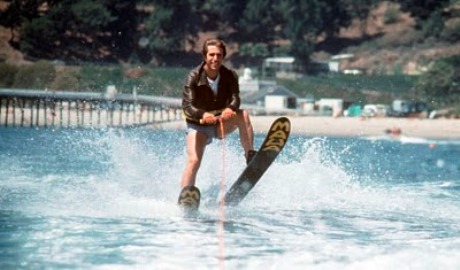 I’ve been attending VMworld each year since 2008, almost every year with one exception (2009) VMworld has steadily grown in size with increased attendance each year. Last year (2013) attendance was 22500, up from 21000 in 2012. This year however attendance appears to be about the same or lower than 2013. VMware hasn’t released any official attendance numbers from what I’ve seen, in previous years they have mentioned attendance in their VMworld announcement news releases. In 2013 it was mentioned in the keynote as “22,500”. 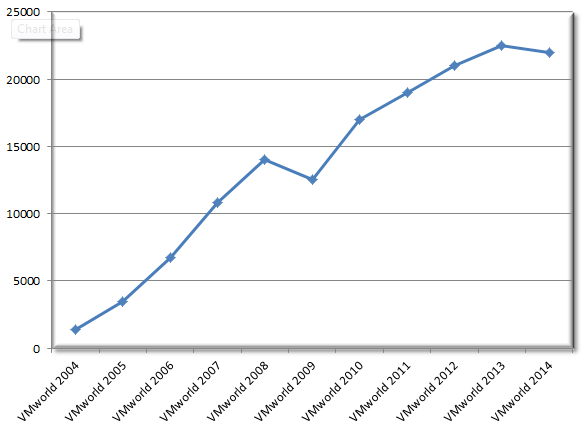 From what I’ve read in VMware blog posts before VMworld 2014 it looks like they were expecting around 25,000 people this year but ended up with “more than 22,000“. That’s a pretty sizable difference, I’m not sure how they calculated the 25,000 number beforehand, many people register late or on-site so I’m guessing they probably just based the 25,000 estimate on the increases from previous years which has been around 2,000 each year.

I see a number of reasons why:

Regardless of VMworld not really growing this year it is still one of the biggest tech conferences next to Oracle OpenWorld. 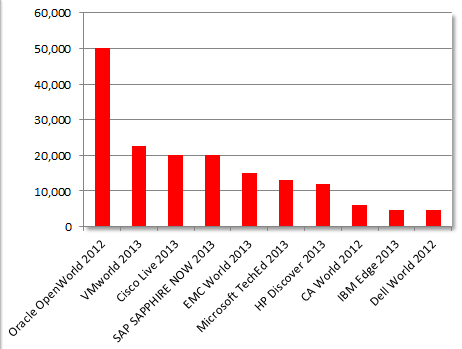 Maybe VMworld doesn’t need to grow anymore, there are still plenty of people attending and VMware does a good job of engaging customers and partners year round with events like vForums, VMUG’s, Partner Exchange and a lot of online activity. I do hope that they consider moving it around the US in future years once their contract with Moscone is up. Having it in San Francisco once every few years is OK but I could see Vegas, Chicago and Orlando as being other suitable venues for it. I guess we’ll just have to wait and see if this year was a fluke like in 2009 or if VMworld has plateaued in attendance. Either way I’ll still be going next year and I hope to see you there as well.