Pat showed off his newly obtained tattoo in the first day keynote, he was wearing a sport coat to begin and they went to play a video to celebrate VMware’s 20th anniversary and once they came back first thing I noticed was he looked different (no sport coat). He then rolled up his sleeve and displayed a pretty sizeable VMware tattoo on his arm. He said he got it to take his commitment to VMware to the next level and came into town a few days early and went to Bad Ass Tattoo to get it. He also said sometime what happens in Vegas (tattoo) doesn’t stay here. 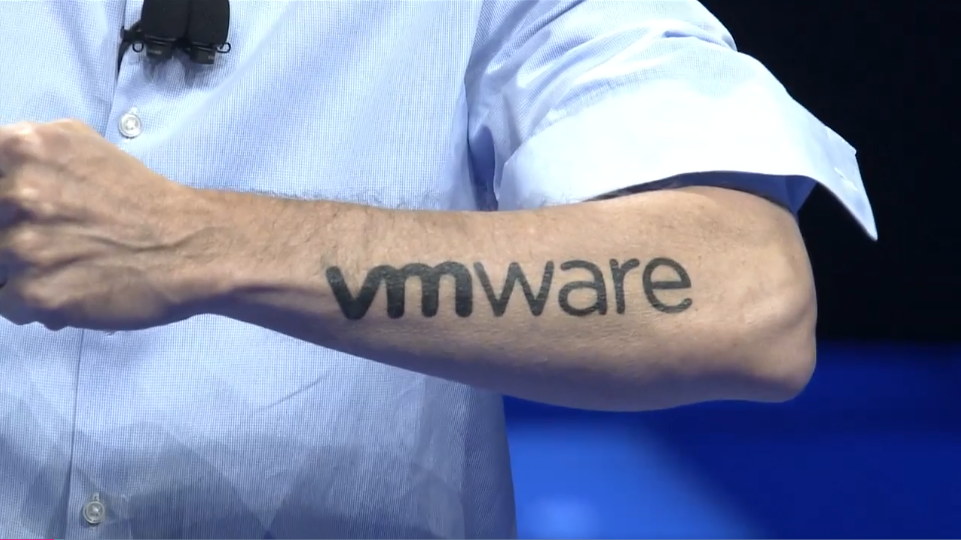 Now everyone’s immediate reaction was, holy cow is that real? He did say “doesn’t stay in Vegas” which indicated it was permanent but that was quite a big tattoo in a very visible spot and to have that for life is more than just taking commitment to the next level, that’s going right to the top level. Later that day he also tweeted out a pic of him actually getting the tattoo. 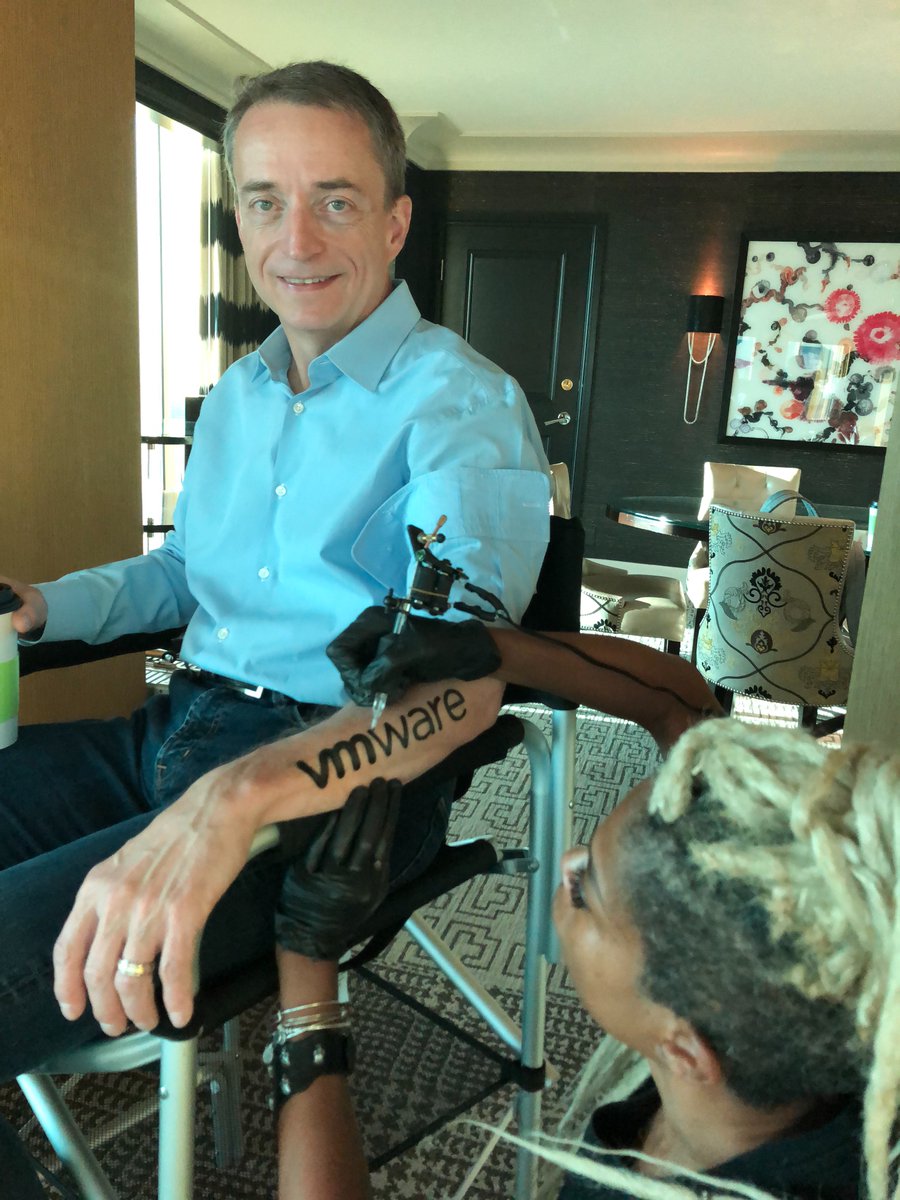 I’m still undecided myself, it could be a marketing stunt, but who knows. I saw Pat in person the next day and he rolled up his sleeve and it wasn’t faded at all so it very well could be real. 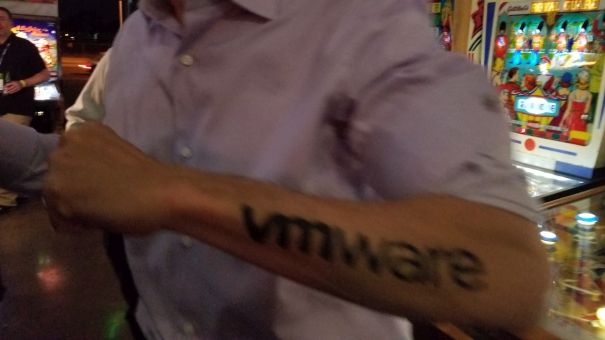 Being the overly curious type though and always wanting to solve a mystery I investigated and here’s what I found.

So real or not? I can’t say for sure, it’s entirely possible he got the tattoo before coming to Vegas to give it enough time to heal and then staged the part about getting it there. It’s also entirely possible that it was done with a Sharpie that would of lasted the whole show without fading.

I guess we’ll have to wait until VMworld next year and see if it’s still there to know for sure. One thing I do no doubt one bit is Pat’s commitment to VMware, I don’t think anyone could question that. VMware is lucky to have such a great leader and I could definitely see how he might want to replicate the mark he’s made on VMware onto himself.

You can read more about Pat Gelsinger in this blog post I did last year.